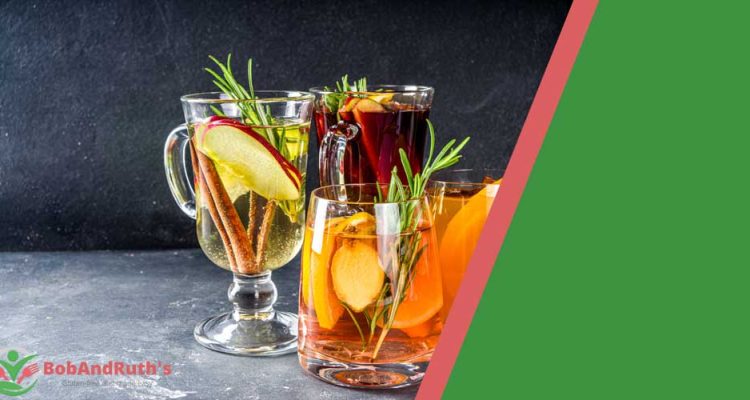 If you are on a gluten-free diet or diagnosed with celiac disease, you know how important it is to pay attention to everything you eat and drink.

That is why in this article, I will thoroughly explain all you need to know about Twisted Tea and whether or not it is gluten-free.

Keep reading to get the answers… 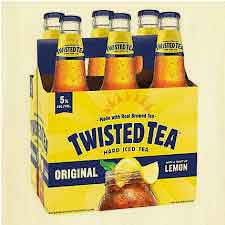 The Boston Beer Company is a sizable distributor of beer and alcoholic beverages that sells popular brands like Samuel Adams, Angry Orchard, and Truly Hard Seltzer.

They are also the producers of this malt-like beverage called Twisted Tea.

As is already known, wheat and other grains contain the naturally occurring protein known as gluten.

Since it is impossible to remove gluten from grains artificially, food identified as containing gluten cannot be made gluten-free.

So, do the grains used in making Twisted Tea contain gluten?

Most of the other ingredients in Twisted Tea are made of malt, which comes from barley.

Gluten is not present in the tea leaves or lemon but in malt alcohol because they made malt alcohol by fermenting gluten grains soaked in water, such as wheat or barley.

So Twisted Tea cannot be consumed on a gluten-free diet because it is categorized as a malt beverage. 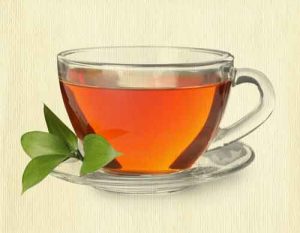 Although Twisted Tea is available in various styles in addition to the original flavor. Others include half and half, raspberry, peach, mango, and a mildly sweet and mildly sweetened version of the original Slightly Sweet Tea.

Do All Twisted Tea Have Malt alcohol? 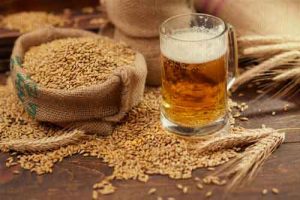 Yes, malt is present in every variety of Twisted Tea.

That is where Twisted Teas’ gets its alcohol content.

Tea leaves are added to the alcohol after fermentation, after which the malt beer base is naturally flavored. 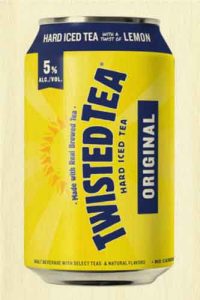 The company website claim that the main component of Twisted Tea is maltodextrin made from cornstarch.

Maltodextrin, a common ingredient in many processed foods, is generally regarded as safe for consumption by most people. So they state that Twisted Tea is gluten-free.

However, please confirm with absolute certainty that the type of beverage you intend to consume is gluten-free.

Malt, which contains gluten, is present in every flavor and variety of Twisted Tea.

So, no one can guarantee that some flavors of Twisted Tea are gluten-free.

Therefore, to be safe, you should avoid these uncertain drinks and look for an alternative alcoholic beverage that is believed to be gluten-free, such as cider, hard seltzer, or wines.

Tea is naturally gluten-free, but there is no gluten-free brand of twisted teas, so your best bet is to look for alternatives. 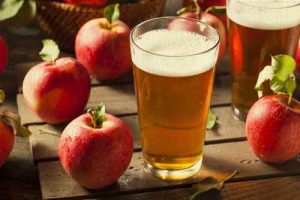 Many “hard” ciders are naturally free of gluten. Apples are the most common fruit used to make cider, also known as “hard” cider.

They make Hard cider by fermenting apple or other fruit juices with sugar and yeast and are considered an excellent substitute for beers that contain gluten.

All spirits are gluten-free, including those made from distilled wheat, rye, and barley grains.

That’s because, during distillation, all the gluten-containing grains’ sugar and starch—needed for fermentation—are entirely removed, and none of it makes it into the finished product. 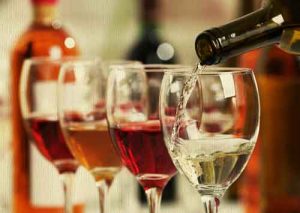 Fruits free of gluten, like berries, grapes, and plums, are used to make wine.

By crushing and pressing the fruits, the natural juice is released.

The juice’s sugars are fermented into alcohol using gluten-free yeast.

The second fermentation is necessary for sparkling wines for them to appear bubbly.

Grapes free of gluten are used to produce both red and white wines.

While the fermented grapes contain no gluten, they may use gluten-containing contaminants during the fining, aging, and storage processes.

So, it would be best if you also exercise caution.

If Twisted Tea is your go-to refreshing drink, you might want to reconsider.

Pick one of the listed gluten-free options or use some tea to create a tea-infused cocktail for yourself.

Remember that while most hard ciders, wines, distilled alcohol, and liqueurs don’t contain gluten, twisted tea and all malt beverages do.

However, before making a purchase, you should review the labels to ensure all the ingredients are gluten-free.