Do you want a cold beer and considering getting a Bud Light?

It would be best if you reconsidered because bud light is not a gluten-free drink. You’d like to know why. Read On!

Why Is Bud Light Not Gluten-Free?

According to reports, Bud Light is the most popular beer in the US.

This beer is brewed with water, hops, yeast, rice, and barley and is a light-bodied, refreshing brew.

On the palate, it has a light sweetness from the malt and a very faint flavor of hops with a crisp and dry finish.

You notice that light contains barley, a gluten-containing grain, and it is unsuitable for individuals who must adhere to a gluten-free diet.

It’s a common misconception that light beers like Bud Light are gluten-free, but this is untrue.

The same ingredients used in regular beer are also used in light beers.

They are only light because they contain less alcohol and fewer calories. Although they have less gluten than regular beers, they are not entirely gluten-free, which is still an issue.

Is Bud Light Next Gluten-Free?

Bud Light NEXT is an all-new beer from Bud Light. It appears to be a very clear, bubbly, pale straw with a small amount of lacing and a thin head of foam.

It has a faint lemon scent and the smell of fermented grains—Water-like in flavor, with a possible cereal flavor undertone.

The carbs are the only significant distinction between this Next and the original Bud Light.

Compared to Bud Light Next, which has zero, the original Bud Light has 6.6 grams of carbs per 12-ounce serving.

How Much Gluten in Bud Light

So why do many feel some light beers are safe for consumption by those with celiac disease and non-celiac gluten sensitivity?

Well, how the beers are brewed provides the answer. Some light beers are said to contain very little gluten, meaning those sensitive to it might be able to drink them.

It might be because of this that some people think it is gluten-free. They aren’t gluten-free though!

Why gluten is bad for those with celiac?

Gluten is a protein found in rye, barley, and wheat. Consuming gluten can result in digestive tract inflammation because your body cannot digest it properly.

For some people, particularly those with celiac disease, gluten can be downright fatal. It can also set off incredibly harmful autoimmune reactions.

Regarding nutrition, Bud Light contains 110 calories in every 12-ounce can. 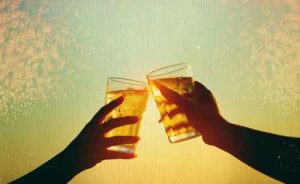 Beers without gluten will have one of three labels: gluten-free, gluten-reduced, or gluten-removed.

These brewers use grains like sorghum, millet, and rice instead of barley or wheat. Some such beers are:

Each person’s body reacts to gluten differently, and just because one person can drink doesn’t mean another will be able to.

Therefore, before consuming any food or drink that isn’t certified gluten-free, we advise that you first consult your doctor.

Also, note that this article’s advice is not medical advice.

Is there a lot of gluten in Bud Light?

Compared to other regular beers, Bud Light does have a lesser gluten content.