Does Chicken Contain Gluten? Here Is The Answer! 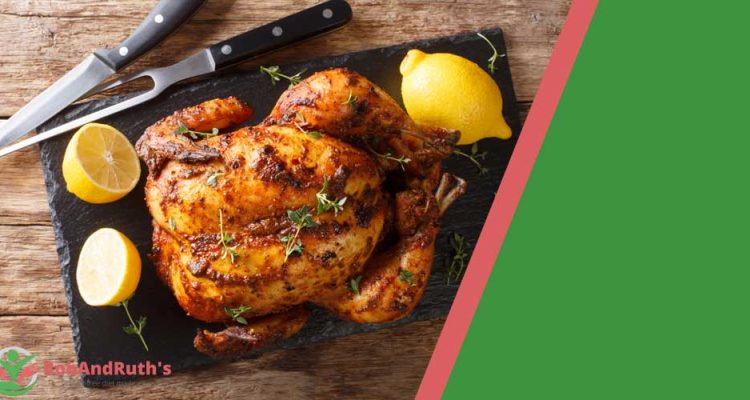 You can add fresh meat to your diet without worrying about gluten, including beef, pork, turkey, and seafood.

Although plain fresh chicken meat is naturally gluten-free, there is a chance that it could come into contact with gluten if it is coated in batter or marinated.

Therefore, the chicken preparation, not the chicken itself, is the problem when someone complains of having a gluten reaction after eating chicken.

Now, let’s see other reasons why chicken could cause gluten reactions in those with celiac disease or gluten sensitivity.

Some Reasons Why Chicken Could Cause Gluten Reactions 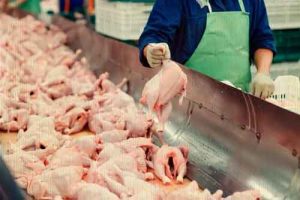 The poultry slaughterhouse may be another reason why you get gluten from chicken.

As they are butchered, their guts, intestines, and undigested wheat feed from the stomach get ripped open and touch the other parts of the meat.

Not to mention the wheat that has already gotten on the feathers and skin from rolling about in feed.

Undoubtedly, the cutting table and the knife are also wheat contaminated.

Even though they appear clean after being rinsed, the powder feed has already been absorbed by the permeable skin.

Because the skin is not airtight after being cut, the chicken is currently reeking of gluten on the skin and partially absorbed through the meat.

2) Marinated or Covered in Sauces and Broths 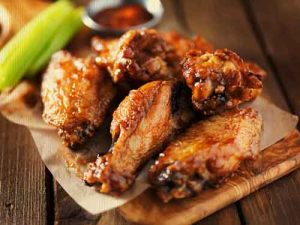 Your chicken may contain gluten if it has been marinated or slathered in sauces, gravies, or broths.

Look for gravies that use corn starch as a thickening ingredient rather than flour, which is how most gravies are manufactured.

Meats marinated in soy and teriyaki sauces usually are unsafe for people with celiac disease or non-celiac gluten sensitivity because these sauces frequently contain gluten.

Again, avoid poultry meats marinated or slathered in sauces, gravies, or broths, and always read labels to be sure there aren’t any extra ingredients. 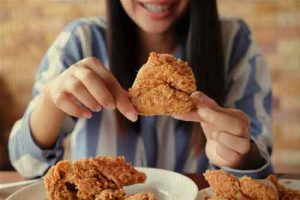 You might consume gluten if you eat a restaurant’s marinated, buttered chicken breast.

Always confirm in advance if they have a gluten-free menu.

If you choose that menu item for your chicken meal, it can save you time and worry.

You may alternatively order a bare grilled chicken breast, but if other gluten-contaminated items are cooked on the same grill, there is a chance of cross-contamination.

So, cooking your chicken at home is typically a safer option.

Doing this allows you to season the chicken with naturally gluten-free fresh herbs, veggies, flavors, and spices.

What Is Gluten And Why Do Some People Avoid It? 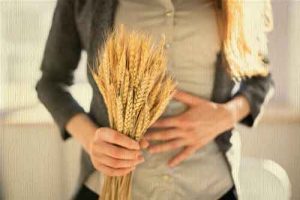 Wheat, barley, and rye-based foods include a kind of protein called gluten.

Most people do not experience any adverse symptoms when they consume gluten, but it can have various unpleasant side effects for some people.

These latter individuals stay away from gluten either because they have a gluten-related condition like Celiac Disease or because it makes them feel better. 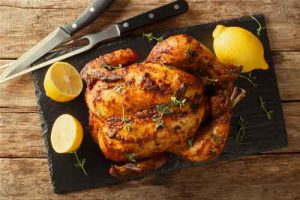 Since chicken is naturally gluten-free, patients with celiac disease and other gluten-related conditions should be safe eating chicken.

However, if your chicken has been marinated, covered in sauce, or butchered with a cutting board and knife contaminated with wheat, it may contain gluten.