Does Pepperoni Have Gluten – Should I Eat It? 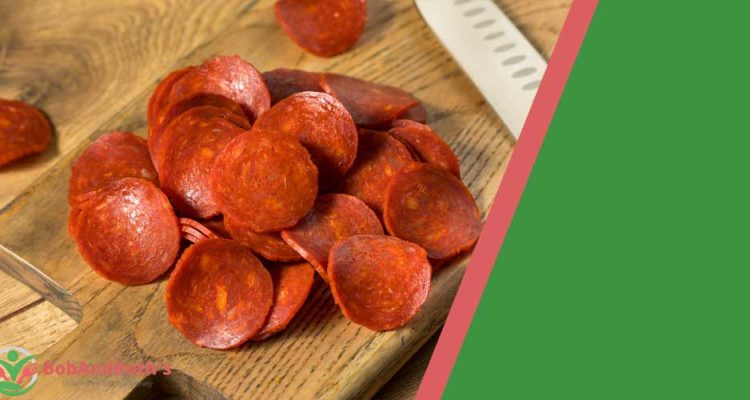 Want to take a bite of that yummy pepperoni pizza?

However, you’re a little hesitant because you are unsure if it’s safe or contains gluten.

Well, pepperoni as we all know, is essentially an Americanized version of salami, resembling what Italians could refer to as salami Piccante, a general term that means Spicy Salami.

So, let us find out what most of this spicy salami(pepperoni) is made of and if it should be considered gluten-free. 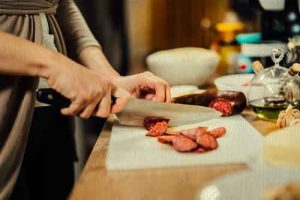 Pepperoni is the most well-known and widely used topping out of all the others. That is due to how delicious and yummy it tastes!

Since gluten is not present in most of the ingredients needed to make pepperoni, it is naturally gluten-free.

However, certain products could contain grains and preservatives.

Not only that but since most facilities that create pepperoni also produce other meats that can contain seasonings that are not gluten-free, there is always the possibility of gluten cross-contamination in pepperoni.

For those who cannot tolerate gluten, this can result in serious issues.

So, what factors should you consider while getting a pepperoni?

What is Pepperoni Made Of? 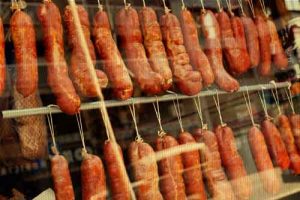 Ground beef and pork are combined with seasonings and flavorings to make pepperoni.

The protein is subsequently salted and finally cured with sodium nitrate.

This process stops the development of undesirable bacteria.

After they add nitrate, pepperoni acquires its color.

To reduce the pH balance of the meat, they inject lactic acid bacteria into it.

The ground meat combination is then packed into closures and left to ferment for a few days, just like other salamis and sausages.

Pepperoni is then transferred to a drying room, where it might remain for many days before distribution.

What to Consider Before Getting a Gluten-Free Pepperoni 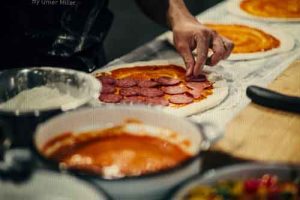 Look for a certified gluten-free logo when purchasing gluten-free items like pepperoni. In the USA, this indicates that the product has fewer than 20 parts per million of gluten.

The sad part is that according to a recent study, more than 30% of processed foods with the label “gluten-free” still contain enough gluten that can cause harm to people who have gluten intolerance problems.

In connection with that, exercise utmost caution when dining out, since there are frequently no safety precautions in most restaurants to guard against cross-contamination of the food being served.

Is A Gluten-Free Pepperoni the Same as a Salami?

While pepperoni and salami are both types of sausage, they are occasionally used interchangeably in cooking.

As such, you shouldn’t be confused by these two terms.

Both lend a savory, spicy flavor to the food they are added to and are delicious on their own.

While Pepperoni has a spicy flavor, Salami is less hot.

Salami doesn’t have a smoky flavor, pepperoni, on the other hand, adds a hint of smoke to the dishes.

Pepperoni has a fine or delicate texture compared to salami’s firm hardness.

Salami and pepperoni have different flavors, which sausage fans may detect.

But they are very similar; pepperoni is simply a salami that has been Americanized.

Some Gluten-Free Pepperoni Brands to Choose From 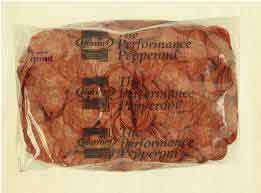 Pepperoni should be a safe food for patients with celiac disease and other gluten-related conditions. For this reason, we’ve compiled a list of some of the best gluten-free pepperoni brands available. 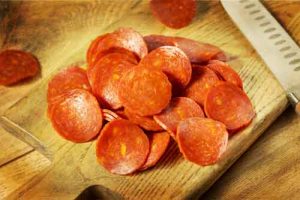 In general, pepperoni is gluten-free. Cross-contamination, though, might be a problem.

For this reason, it’s crucial to choose gluten-free brands or to spend a few seconds checking the ingredient label to ensure there’s no gluten present.